Plastered Cistern That Leaks A Drop 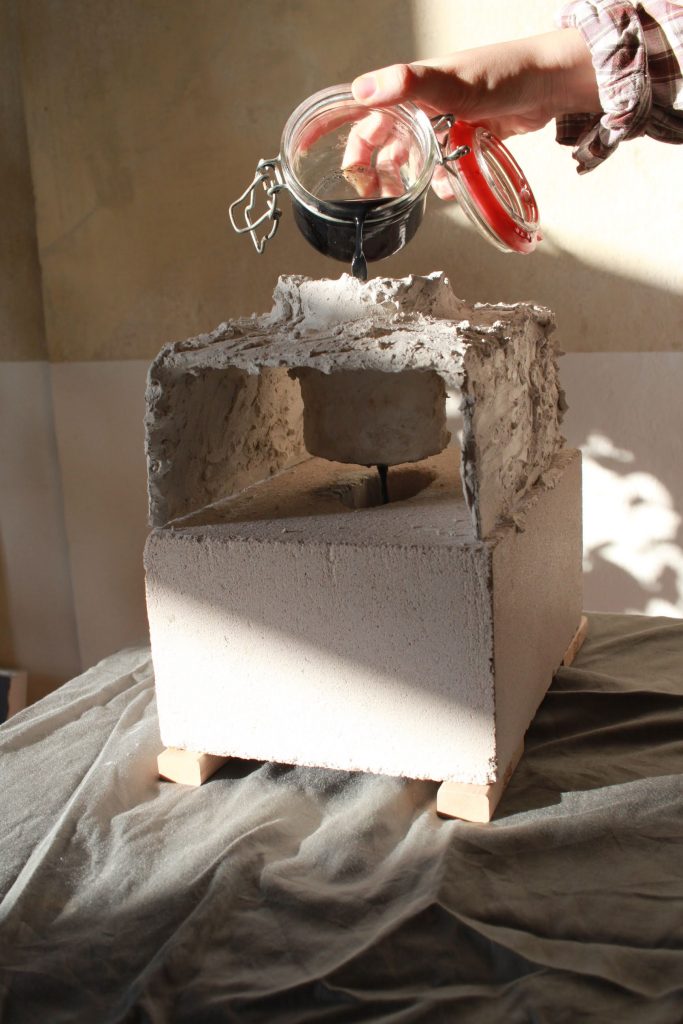 [Image description: A (white) hand holds an open clamp jar and pours a dark liquid into a plastered cistern. Only the hand and wrist (of the artist) is visible in the photograph; their flannel shirt sleeve is rolled up, and the rest of their arm is cropped out of the image in the upper right hand corner. A plastered cylindrical cistern, with a rough plaster surface, is suspended above a cinder block. Acorn ink flows from the jar, into the cistern, leaks through the cistern, and into a visible hole in the concrete block. Rays of sun shine across the sculpture as it’s set on four small wooden panels on a wrinkly gray piece of fabric.] 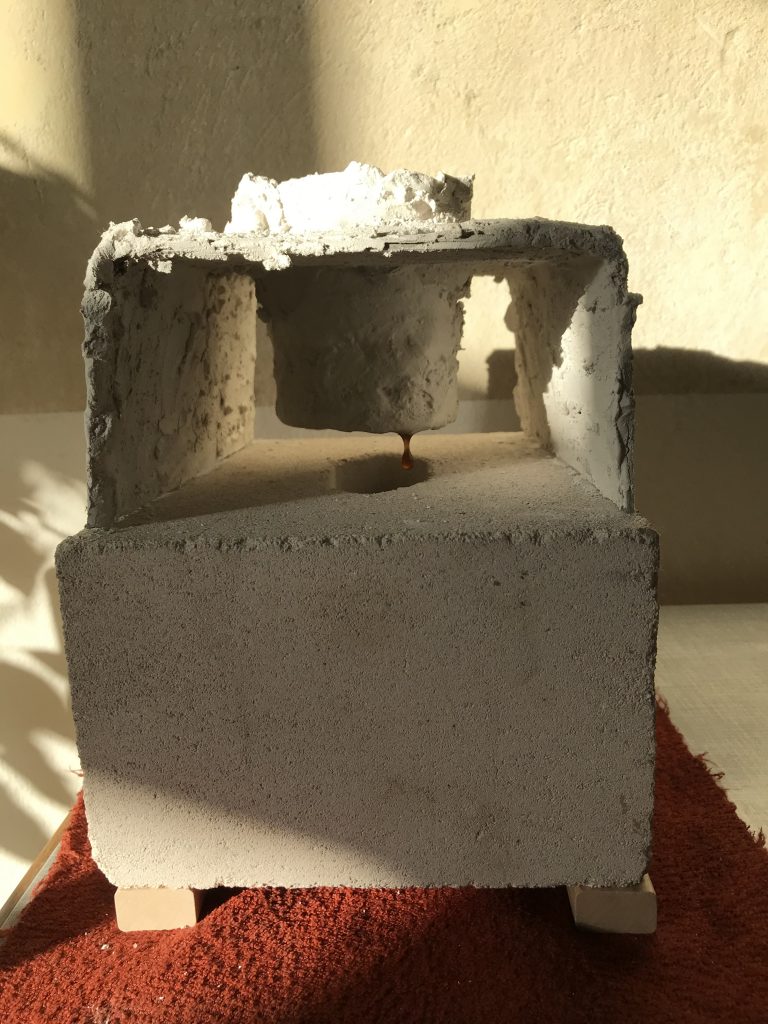 [Image description: Another photograph of the same sculpture placed on a rusty colored carpet. Just one drop of gooey, maple-like liquid leaks out of the cistern. The photograph captures the leakage in motion. Sunshine casts shadows of leaves on the left side of the photograph and the details of the top of the cistern is blurred.] 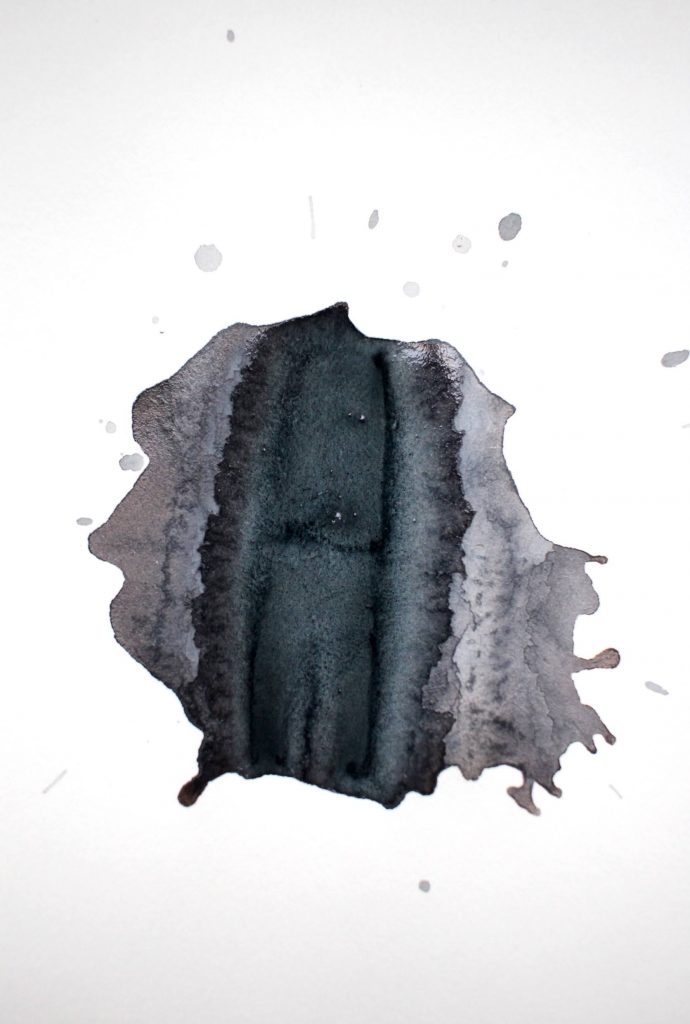 [Image description: This photograph, the following two photographs, and the last photograph document the artist’s “leak paintings,” which are produced by slitting a white paper through the thin gap between the bottom of the cistern and the cinder block and catching the acorn cap ink. The leakage creates abstract splatters in colors ranging from silver, black, indigo, mud, and blood orange.] 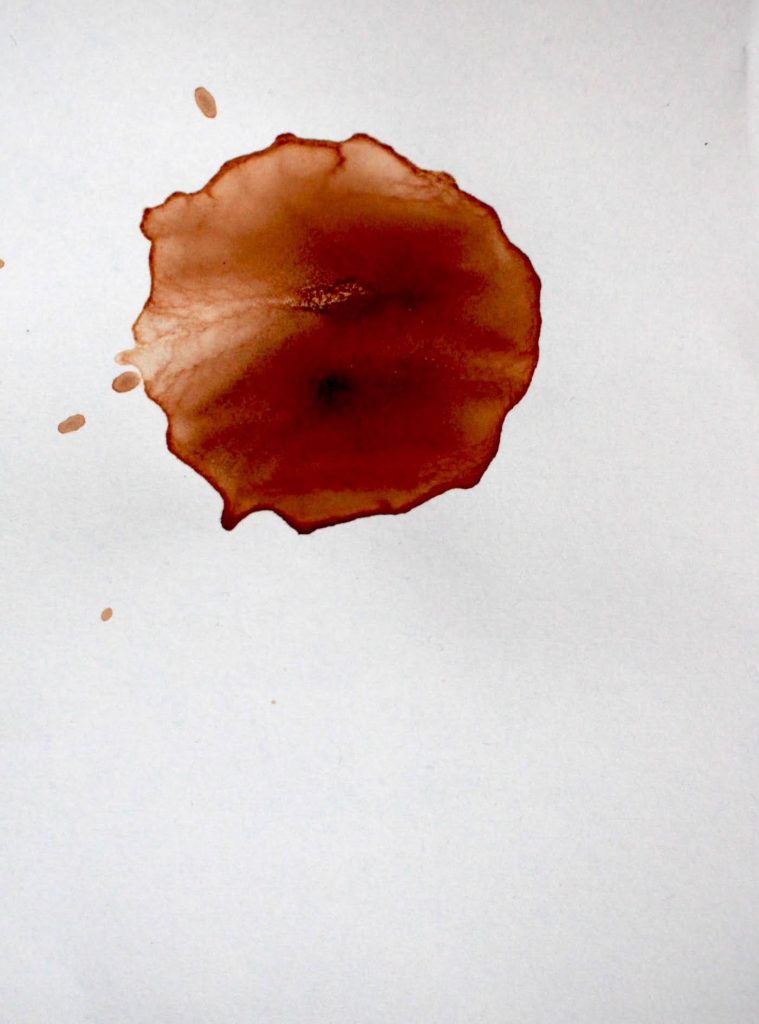 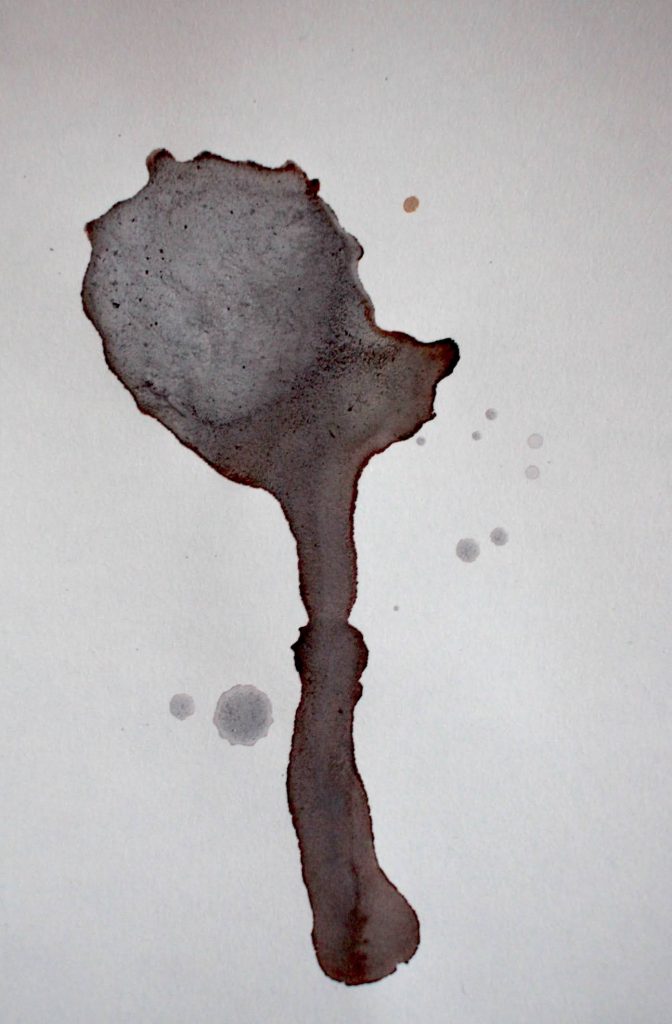 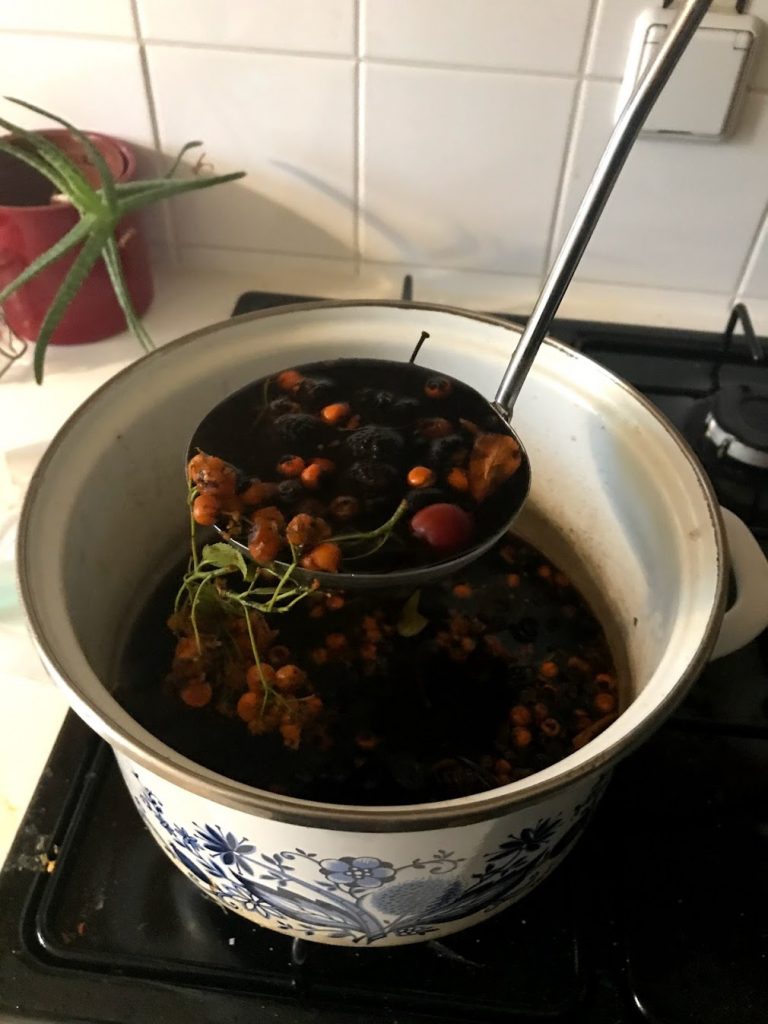 [Image description: Acorn caps, rust, rowan berries, vinegar, water, salt are scooped up by a large metal ladle in a Delft-style flower pot on a stove top. In the background, a spiky succulent in a red pot is on the left side of the counter.] 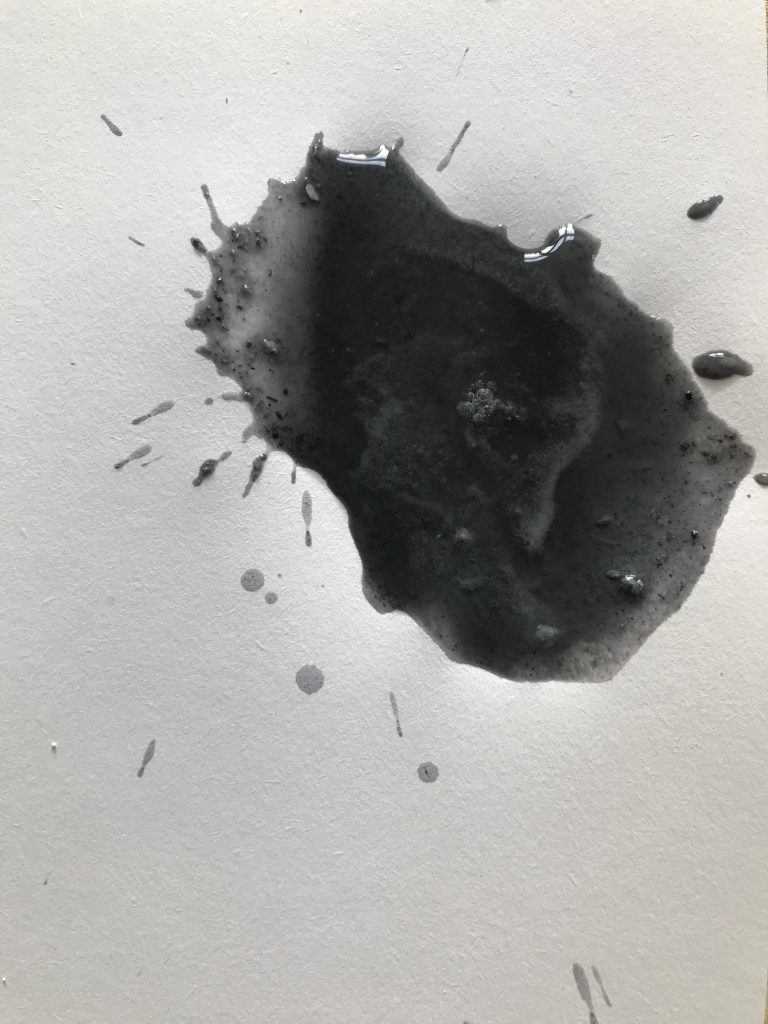 In Pirkei Avot 2:8, Rabbi Eliezer is likened to a plastered cistern in that he does not lose a drop. A textualist, Eliezer was known for his commitment to memory and his drive to preserve Torah in the way it was taught to him. Eventually, in Bava Metzia 59b, Eliezer’s stringency came into conflict with his peers. Outnumbered, Eliezer was ostracized, his meticulously maintained contents sequestered and dismissed, cry released and tears shed. For the Torah is no longer in heaven — answers are not always held above and over us, but have come down for and to us.

What can be found in spillage, in the split of a seam, a drip-drop from the heavens or from our memories? There’s the resulting documentation of the cistern and its contents; perhaps leaking is another way to preserve — a development of Eliezer’s cistern of accumulation and fastidious care. There’s glee (mine) in collecting acorn caps and berries and rust, boiling them together, stirring and lifting and dropping with a ladle. There’s something else to do with time and transition. I learned this while checking up on the colors drying, changing from cloudy blue to silky gray throughout the afternoon on a porous page. Each drop reminded me of release — of loss, sharing — of marking, indelibly.

Maya Simkin is currently interested in mulch, calendars, and the color silky silver. They look forward to seeing icicles and their parents this winter.